This lecture, in the framework of the Queer and Feminist studies lecture series, will consider two early Italian queer magazines, founded between 1971 and 1972: namely FUORI! and Homo.

While “FUORI!” was a radical-leftist paper, “Homo” was a so-called homophile magazine with a moderate political standpoint. These differences in political terms had a correspondence in diverging emotional styles that characterised these magazines. While FUORI!, in fact, highly valued emotions such as anger at heteronormative society and joy and pride of being homosexuals, Homo privileged by contrast a much ‘calmer’ emotional tone toward the external society and, at the same time, an aggressive and contemptuous attitude toward those homosexuals that it represented as feminine and toward ‘transvestites’ and transgender persons. Accordingly, the emotional pedagogy (D. Gould) through which these two magazines addressed their readers emphasised different elements: aggressiveness in the case of FUORI! and a certain longing for respect and acceptance from society in the case of Homo.

Not surprisingly, the two magazines ended up clashing almost immediately and openly. FUORI!, in fact, labelled Homo as a glossy magazine ‘for queens’ (i.e. for feminine homosexuals) and as an instrument of capitalism. Homo, by contrast, stigmatized FUORI!’s angry and ‘hysterical’ attitudes as harmful for the cause of homosexuality.

Please register with Francesca Parenti ([email protected]) in order to receive the ZOOM link or register as external participant (due to the COVID-19 measures registration and green pass is needed to access Villa Salviati) EUI researchers, professors, fellows and staff members who wish to attend in presence, are kindly asked to register on Events. Registration will be accepted up to the limits of the room capacity according to the COVID-19 measures. 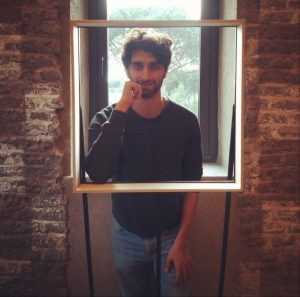 Born in Rome, where he studied Political Sciences, Dario Pasquini holds a PhD in Contemporary History (University of Turin – Free University of Berlin). He was Marie Curie Fellow at the University of Bielefeld. He has published the book Ansia di purezza. Il fascismo e il nazismo nella stampa satirica italiana e tedesca [Longing for Purity. Fascism and Nazism in the Italian and German Satirical Press] (Viella, 2014) and essays for academic journals such as the Journal of the History of Sexuality, the European History Quarterly and Italia Contemporanea. Among his research interests are also Political Philosophy and Art History. A journalist since 2009, Dario has written articles for La Repubblica, the Italian version of Huffington Post and Il Giornale dell’Arte. Currently he is working on a book about the Italian queer press in the 1970s.