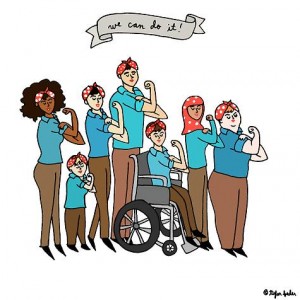 famous second wave and the gay liberation movement crashed on the shores of Europe and the USA in the aftermath of 1968, feminist, gay and lesbian scholarship has flourished in various fields. Gender and sexuality have been used as categories of social, cultural and political analysis in revealing ways. Sexism, homophobia and – since the queer turn of the 1990s – heteronormativity have come under attack as well as critical scrutiny. Intersections with anti-racist, anti-classist and anti-ableist struggles have also received more and more attention. Simultaneously discussions around trans* and inter* have unsettled binary notions of gender and brought to the fore a multi-layered understanding of gender diversity. Thus a broad spectrum of LGBTIAQ* subcultures, histories and activisms comes into view.

In 2021 the EUI acknowledged these developments by broadening the purview of the chair for the history of gender to also encompass sexuality. Yet research on these topics can build on a strong tradition within the institute. As a pioneer, Gisela Bock included gender into the seminar on Intellectual History. In 1994/95 Olwen Hufton and Yota Kravaritou directed the European Forum on “Gender and the Use of Time”. The library began to enrich its collection with a section on gender studies. In October 2000 gender studies at the EUI saw a major turning point, when Yves Mény, then Director of the Robert Schuman Centre, sponsored the launch of the Gender Studies Programme (GSP). Luisa Passerini, the first director of this programme, initiated In 2001 a series of lectures in the name of Ursula Hirschmann, which is still ongoing. It is currently organized by the Chair in the History of Gender and Sexuality in conjunction with the Robert Schuman Centre. Since the 2000s the institute has seen a range of researchers, post-docs and faculty organizing a host of round tables and conferences on occupational segregation, glass ceilings in academia, struggles for wage parity and against discrimination based on sexuality or sexual orientation. In the fall of 2014, Laura Downs and Ruth Rubio established the EUI’s first cross-disciplinary seminar on gender and sexuality. And in 2017/18 the LGBTIQ Working Group was formed which, now as the Queer and Feminist Studies Working Groups, puts on a host of lectures and workshops on issues around gender and sexuality.

On an organizational level the EUI also concerns itself with discussions around gender equality and sexual diversity. There are ongoing efforts to increase gender balance and to improve policies against sexist violence. These are pushed by the researchers’ representatives, various Working Groups and the Harassment Committee (https://www.eui.eu/About/Organization/Committees/HarassmentCommitee/Harassment-Committee).  Thus activist and academic engagements go hand in hand. But ultimately it is in the growing list of Ph.D theses that are defended each year at the EUI that we find the strongest testimony to the crucial contribution our researchers make to gender- and sexuality-related policies and societal debates.